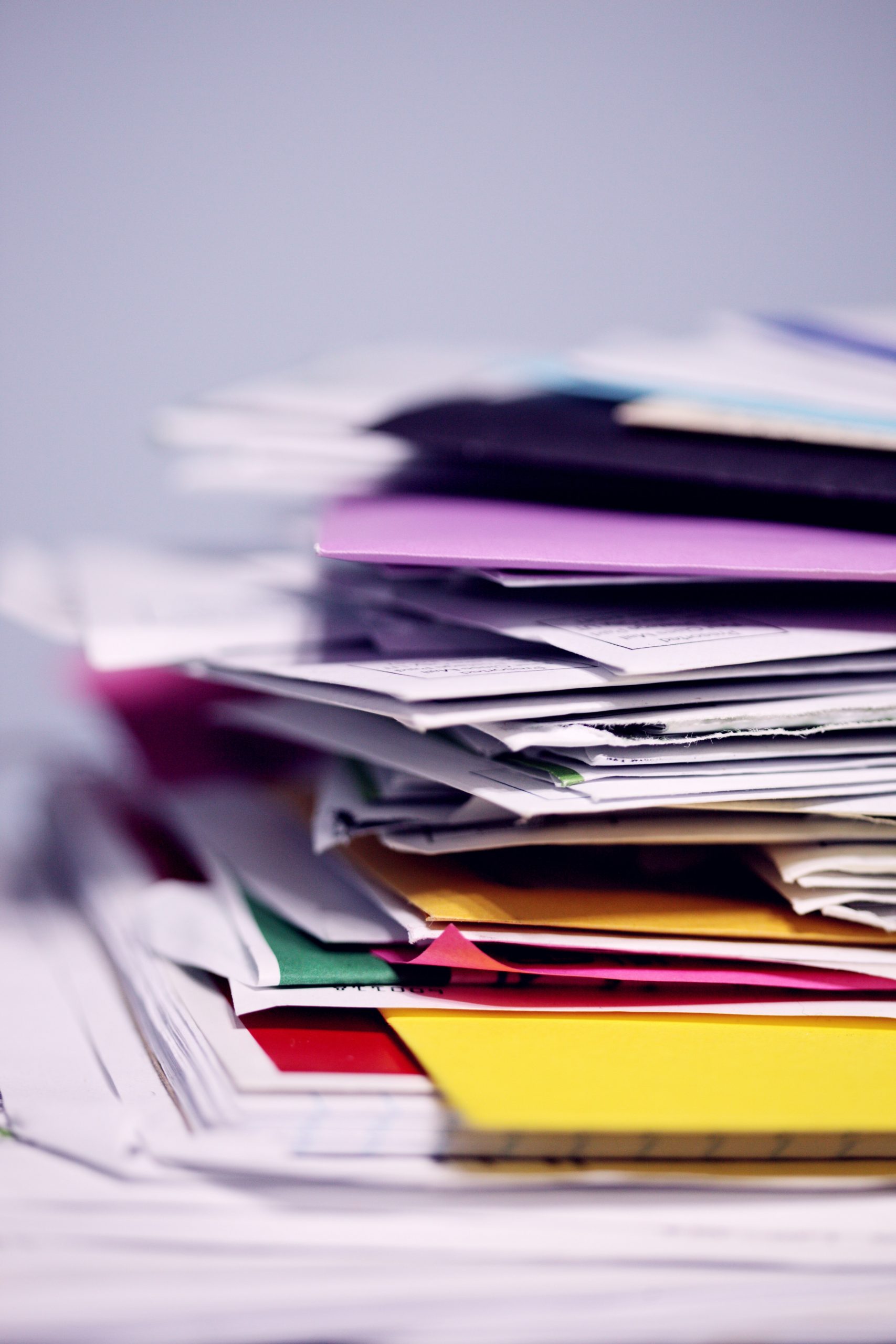 Mother advised hospital personnel, after birth of Child, that she did not know how to properly care for Child. The Cabinet for Health and Family Services (“the Cabinet”) became involved and took custody of Child, placing him in foster care six days later, where he has been for his entire life, more than four years. Mother resided with her mother in an unsuitable apartment, due to concerns with pests; the presence of Mother’s mother’s brother, who had prior abuse allegations; and lack of food.

Mother has been diagnosed with autism, and her full-scale I.Q. score is 65. The Cabinet rendered and offered services in an attempt to keep the family together. However, the Cabinet petitioned to involuntarily terminate three years after taking custody after determining matters were not progressing appropriately.

At trial, a licensed Psychologist testified he had met with Mother on two occasions, who advised him that she was being treated for autism and depression. Psychologist later diagnosed Mother with pervasive developmental disorder and mild retardation. He testified that intellectual disabilities do not usually improve after 14, and that he did not expect improvement by Mother. He testified that Child would be at risk of abuse or neglect with Mother, and that due to her intellectual disability, she was unlikely to be able to care for Child.

A Cabinet Supervisor testified that Mother had completed most tasks in her case plan, but he still had concerns stemming from Mother’s disabilities. He testified that Mother was willing to parent but unable to do so, and that he was unaware of additional services to offer Mother. He noted concerns with a lack of appropriate housing, that during supervised visitation, Mother treated it more like playtime, and that he had seen no parent/child bond.

Cabinet Supervisor also testified that at the onset of the case, individualized services were not offered to Mother, and that the case became stagnant for eight or nine months due to changes in case workers, but that during this time of stagnation, Mother never requested custody or additional services. He also testified that although there are individualized services that could benefit Mother, he thought the Cabinet made reasonable efforts at reunification, and the situation has not progressed sufficiently.

Finally, Cabinet Supervisor testified that the Cabinet recommended an assessment from a Dr. Edward Conner, but Mother failed to receive the assessment. After this, the Cabinet petitioned for involuntary termination of parental rights, because the case had been stagnant for too long, Child had been in foster care nearly all of his life, and Child had a strong emotional attachment to his foster parents.

Mother’s Autism Advocate testified on Mother’s behalf that she advised the Cabinet of additional services for Mother, that Mother had improved her parenting skills and could continue to do so, and that additional services would help Mother in her daily life.

Finally, Mother testified that she did not know how to care for Child when he was born, that she believes she has ability to parent, that she loves her son and had had regular supervised visitation with him, that she had complied with everything the Cabinet had asked her to do, and that she now has suitable housing.

Thereafter, Family Court rendered a judgment terminating Mother’s parental rights. It found that while Mother had completed most tasks in her case plan, her disabilities impeded return of Child. It found that Mother’s ability to change was limited by her diagnoses. It found that Mother had “failed to protect and preserve . . . [C]hild’s fundamental rights to a safe and nurturing home and [Child] is a neglected child[,]” and that there was no testimony that Mother would have the ability to care for and protect Child. It found that Mother had not made significant progress toward identified goals and that she was unable to achieve self-sufficiency or the necessary parenting skills to care for Child. Family Court continued through KRS 625.090(2), (3) and concluded that Child is a neglected child. Mother appealed to the Court of Appeals.

The Court of Appeals vacated Family Court’s judgment and remanded the case to Family Court for additional services to Mother to determine whether she is capable of parenting Child. It reasoned that the evidence was insufficient to prove Child was neglected, because it would not accept the Cabinet’s assertion that Child was neglected when Mother never had the opportunity to parent Child independently. Furthermore, it held that a parent must intend to neglect a child. It concluded that this was a case of dependency rather than neglect. The Cabinet sought discretionary review form the Supreme Court, which was granted.

The Supreme Court held that Family Court did not abuse its discretion in determining that Mother’s parental rights should be terminated, vacating the Court of Appeals’ opinion and reinstating Family Court’s judgement. It reasoned that it has held previously that “a parent does not have to be exercising control or supervision in order to be found to have neglected or abused a child.” “[A] family court . . . does not have to wait for actual harm to occur before taking protective measures.” This despite the Court of Appeals’ assertion that Mother never had to the opportunity to parent Child.

Furthermore, the Supreme Court held that Family Court’s decision was supported by the record. Family Court correctly found that Child was abused or neglected as defined in KRS 600.020(1), which was supported by clear and convincing evidence. Family Court correctly found termination to be in Child’s best interest, having made written consideration of those factors in KRS 625.090(23). Finally, Family Court found that one or more of the grounds listed in KRS 625.090(2) existed by clear and convincing evidence by making such an express finding.

The Supreme Court also held that no intent requirement exists in association with KRS 600.020, despite the Court of Appeals reading such an element into the definition of abuse of neglect. It reasoned, as the Court of Appeals did in A.L. v. Cabinet for Health and Family Services, No. 2015-CA-000844-ME, 2016 WL 447679 (Ky. App. Feb. 5, 2016), that the literal language of KRS 600.020(1)(a)(9) does not include an intent element, and had the General Assembly desired an intent element, it would have included it.

The Supreme Court also held that finding a child to be dependent does not always hinder a later finding of neglect or abuse. The Court of Appeals, below, held that because Child had previously been found to be dependent, that placed an obstacle in finding Child to be neglected because KRS 600.020(2) defined “dependent child” as “any child, other than an abused or neglected child . . . .” The Supreme Court reasoned that this case shows how a child can transition from dependent to neglected, where the first step was a dependency action because Mother was ill-equipped to care for Child, but the goal was reunification; however, there was a transition to a neglected child “because of developments which demonstrated that, after four years, returning [Child] to his mother would create a substantial threat to his health and welfare and that the situation was unlikely to change.”

Finally, in dicta, the Supreme Court discussed intellectual disability as a factor in termination. It held that the statutorily required reasonable efforts and appropriate services to reunite Mother and Child were provided, as Mother was provided services throughout the pendency of the matter, and later, individualized services were provided to Mother, some of which were refused. It also held that Mother’s parental rights were not terminated primarily based on an intellectual disability, which Justice Lambert, in her dissent, argued would be a violation of the American With Disabilities Act, and that termination was not based solely on an IQ test. Psychologist and Cabinet Supervisor both had concerns about Mother’s ability to properly care for Child, which did consist of evidence of Mother’s intellectual disability but also interactions and observations of Mother by the Cabinet for nearly four years. Finally, the Supreme Court held that the record supported a finding of Mother as an “individual with an intellectual disability” pursuant to KRS 202B.010(9), because there was evidence of Mother’s deficits in adaptive abilities, such as Mother failing to adapt to her impending status as a mother by not acquiring the necessary skills to care for Child; failing to consistently maintain a suitable residence; exhibiting limitations in her cognitive abilities; and failing to develop parenting skills necessary to individually care for Child after four years.