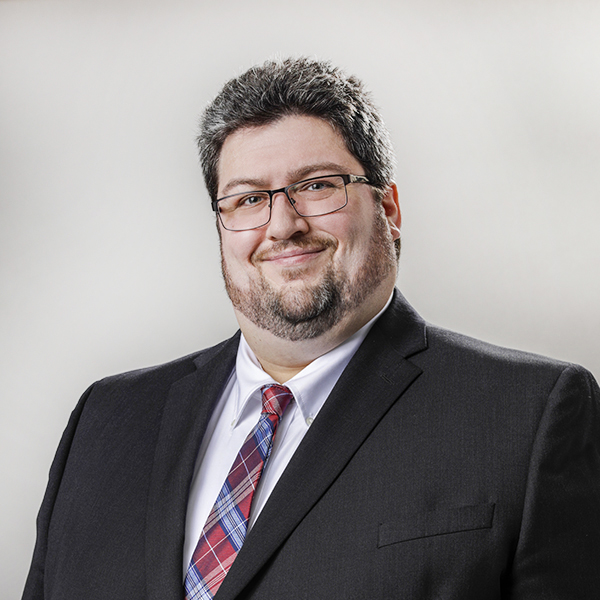 Spencer J. Brooks is an Associate at Goldberg Simpson. His practice centers largely on family law, including divorce, child custody, child abuse and neglect, domestic violence, and child support. He joined the firm after spending six years as a staff attorney to two different Family Court Judges in Jefferson County Family Court. That experience has given him an insider’s understanding of the judicial decision-making process.

Mr. Brooks has lived in southern Indiana since 2004, shortly after he graduated from Indiana University – Bloomington with a Bachelor of Arts degree in English Literature. In 2010, he decided to pursue his life-long dream of becoming an attorney. He received his Juris Doctorate from the University of Louisville Louis D. Brandeis School of Law in 2013. While in law school Mr. Brooks was the recipient of a fellowship in administrative law and his work as Senior Notes Editor on the University of Louisville Law Review won an award from the National Conference of Law Reviews.

Scanning the Horizon: The Past, Present, and Future of Neuroimaging for Lie Detection in Court, 51 LOUISVILLE L. REV. 353 (Spring 2013).